← more from
Spotted Peccary Music | Progressive Ambient Electronic
Get fresh music recommendations delivered to your inbox every Friday.
We've updated our Terms of Use. You can review the changes here.

Under The Moon (20th Anniversary Edition) 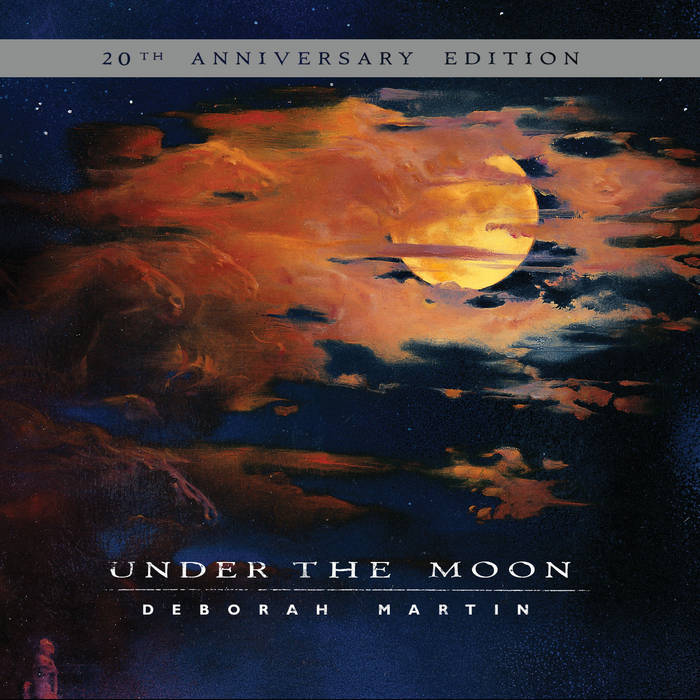 Spotted Peccary Music is proud to present the brilliantly re-mastered 20th anniversary special edition of Deborah Martin’s Under The Moon. Rendered from the original master tapes and meticulously restored, these classic recordings provide an in-depth exploded view of the audio, offering the listener a much deeper, musical sound journey experience.

Under The Moon conjures up all kinds of nocturnal and archetypal imagery, as do the lush compositions and arrangements on this landmark release. Used extensively at the 1996 Olympic Games, this album marked a historic achievement for the artist and label. Electronic and acoustic instruments are used to paint the majesty and mystery of the night sky, with bright acoustic and textural electric guitars embellishing Martin’s classically influenced keyboard orchestrations.

There is much variety in the material, from the dreamy Twilight and Night’s Shadow to the slowly building crescendo of Aurora — anchored by the exquisite electric string bass of Tony Levin, well known to rock fans for his work with Peter Gabriel and King Crimson. A Native American muse guides the atmospheric Gray Sky, which features an evocative poem written by Martin and recited by Edgar Perry of the White Mountain Apache Eagle Clan in his native tongue; and the potent Maker Of Dreams, with its soaring synth strings riding on a carpet of rolling Taos Drums. The album drifts away to the impressionistic strains of Before Dawn, the perfect finishing touch to this powerfully deep and elegant mix of classical, space music and organic elements.

Enchanting and delicate, Deborah Martin’s Under The Moon is a rich and simply beautiful album of dream songs; crystal clear visions through ethereal, mind-altering, trance-inducing atmospheres that lead the listener on a compelling and magical voyage through the realm between twilight and dawn. Marking the anniversary, a special booklet accompanies the release.

Other Albums by Deborah Martin

BETWEEN WORLDS (with Erik Wollo):
ambientelectronic.bandcamp.com/album/between-worlds

Bandcamp Daily  your guide to the world of Bandcamp